Movies based on real stories require no special effects to show us how dreams look like or what a hero that inspired others had to go through. They are relatable and make me believe in the idea of what is possible.

My pick today is a Netflix movie called: “The boy that harnessed the wind”. A “universal” inspiring story of survival from Malawi. The 13-year old William kamkwamba whose father couldn’t afford his school fees, kept on sneaking to the library and turned to an energy book to create a windmill and save his village from famine. The context was a combo of a dry season in Malawi and an incapable government that turned its back on the people, letting food prices to increase as vendors took advantage of the situation. William used a contraption from strips of PVC pipe, rusty car and bicycle parts, blue gum trees, and other materials he gathered from streets and garbage to make his DIY windmill.

The director of the movie is Chiwetel Ejiofor, who also starred the role of William’s father in the film, discovered William’s story through the book and realized that more people should know about it.

Annnd, here is the REAL William talking about his story in an international conference. The movie is definitely worth watching. Stories like these do give hope, especially in such times.

The story is definitely an inspiration and a proof that young people are able to change their narratives. It is a message of hope and another confirmation that the key to fulfill one’s potential is by never giving up. 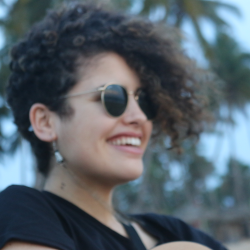